We’d like to introduce our friend—and enemy—William Henry, as in Henry’s law. Henry is why lots of folks get sick when they go certain places. Ever heard of altitude sickness? 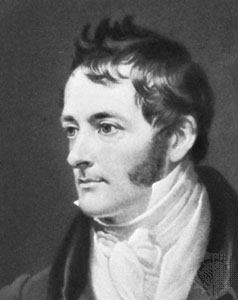 Henry’s Law describes how much oxygen dissolves into water—and this determines when, how and why you get altitude sickness.

The rest of this article will describe why you get altitude sickness—and better yet, how to get rid of it in about 15 minutes, without going home.

Altitude sickness is a curious condition. Our goal is to quickly describe the reasons why each of the known factors contributes to severity and vulnerability. These factors are:

Altitude sickness is a medical mystery because medical knowledge doesn’t factor the role that oxygen dissolved in body fluids plays in inflammation. It affects medically un-noticed tissues that have one thing in common. These tissues don’t get their oxygen from red blood cells—they absorb it from body fluids.

Altitude sickness occurs when these tissues swell because they can’t get enough oxygen because the body’s fluids can’t hold enough to keep them going. So altitude sickness is a special kind of inflammation, caused by the absence of dissolved oxygen. This is why we mentioned our friend Henry—and his law—that tells us how much oxygen will go into your body’s water.

The biggest category of cells that swell are called the endothelium, the inner skin inside your vascular system. When these swell, your arteries and capillaries get smaller. It’s the lack of oxygen that is constricting your body’s pipes. 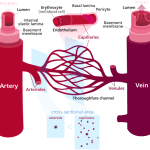 Each of the factors we mentioned earlier directly or indirectly relate to an influence on body fluid’s ability to contain dissolved oxygen.

Altitude determines the partial pressure of oxygen. Lower oxygen pressure reduces the natural pressure that forces and retains oxygen in body fluids. The higher you go, the less pressure, and so the less oxygen. Less oxygen causes more inflammation.

Dehydration determines the salt and waste content of body fluids. As solutes increase, less molecular space is available for oxygen, so the amount of oxygen your body fluids carry is decreased. The more salts and waste in your blood—from dehydration, from drinking, or toxins—the lower the dissolved oxygen, so the greater the inflammation.

Altitude-related inflammation is driven by a threshold. The big issue is the progressive nature. Many Colorado skiers have had vacations shorted because their bodies were unable to adapt, because of one or more of these factors combined, usually after a few drinks triggered dehydration and triggered inflammation which they cannot naturally resolve because of the cumulative effects.

So the trick is to describe a way to fix altitude sickness without shorting the vacation. The trick is hyper-saturation with LiveO2™ or the athletic version, LiveO2 Adaptive Contrast™. Each of these programs uses respiratory turbulence and extra oxygen to increase plasma oxygen to over 12 cc/L (3 is normal). This level (according to Ardenne) clinically reverses the inflammation that is altitude sickness.

So if you’re planning a high-altitude vacation—or aren’t enjoying your current one—you may want to contact us. It usually takes about 15 minutes to durably (several days or more) resolve altitude-related discomfort with LiveO2 or LiveO2 Adaptive Contrast.